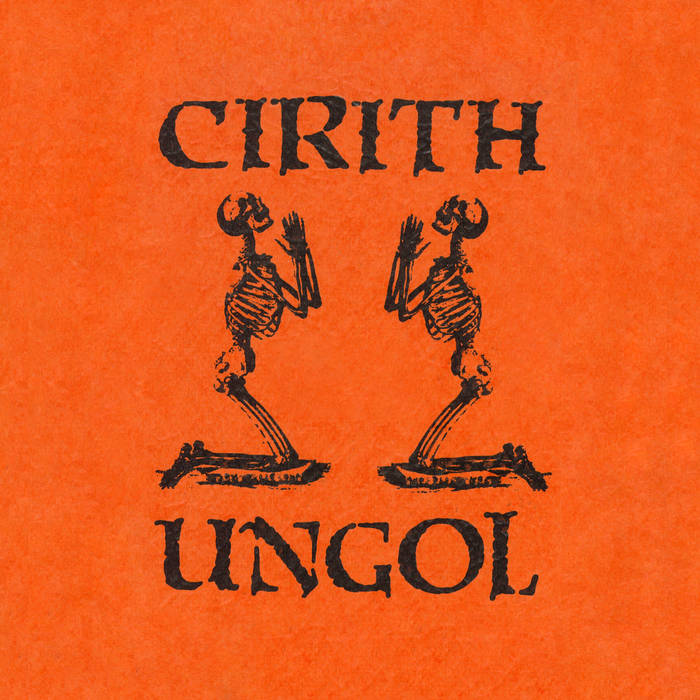 Casey McCall I wish i could have gotten my hands on the cassette. Also wish this was out on vinyl or cd because I love this. Favorite track: Neck Romancer.

cliff 'em' all Classic. Cirith Ungol is the best.

kapman This is just plain gold. It's orange, but it's gold. Favorite track: We Know You're Out There.

LexMetalUndergroundAustria Interesting to hear early stuff with different singers. Nice to have for fans that already know the regular albums and the "Servants Of Chaos " -Compilation. But nothing essential here

last vinyl before doomsday Such a compelling piece of the history of Cirith Ungol, glad this is finally available. Sounds deeply immersed in early proto metal/garage rock a la Blue Cheer, Sir Lord Baltimore, and the like.

The Orange Album. This is a faithful reproduction of the original 1978 cassette tape, whose name derives from the distinctive bright orange j-card. The Orange Album was the earliest recording ever circulated by the band, who passed out home-dubbed copies to drum up record company interest and line up live show bookings. This is a piece of heavy metal history, shedding light on the origins of Cirith Ungol’s sound in its embryonic, evolutionary stage and featuring four lead vocalists. After being unavailable in any format for more than four decades, The Orange Album now sees the light of day once again. Freshly remastered by Bart Gabriel but otherwise entirely true to the original release, this reissue is limited to 666 numbered cassette copies. An exclusive t-shirt and cassette bundle is available only on December 4, 2020 at the Iron Grip Bandcamp page, and single cassettes avai;lable exclusively at theheavymetalstore.com

Robert Garven -
Drums and Percussion,
Background Vocals
Lead Vocals on "Show You All"

Neal Beattie -
Lead Vocals on "We Know You're Out There"

All songs arranged by Cirith Ungol

Cirith Ungol proudly unleashes our first studio recording since “Paradise Lost” in 1991!
“Witch’s Game” was forged for the upcoming animated movie “The Planet of Doom”. A perfect opportunity to dip our hooves back in the lake of fire!

Bandcamp Daily  your guide to the world of Bandcamp

MF DOOM is given his flowers, plus appearances from MC Jada Imani and Stanley Ipkuss